The Northeast of the United States is without question one of the most beautiful, picturesque and peaceful corners of the country. This region is better known as New England, a collection of six states – Massachusetts, Connecticut, Rhode Island, Maine, New Hampshire and Vermont – that all have a distinctly different character. For those of you who aren’t familiar with those states, here’s a brief overview and introduction.

Massachusetts is the state with the most history and influence in the Northeast. This is where Boston is located, a city that was the site of many significant events in the history of the United States, such as the Boston Tea Party and the Boston Massacre. Boston is also home to all major sports teams in New England and some of the best universities in the world. More on that later on.

Connecticut is probably the most suburban of all states in New England. There are several large towns and cities, attracting young and rich families, while Yale University draws in some of the brightest minds in the country.

Rhode Island is the smallest of all American states, a tiny coastal state that’s made up of historic towns and a beautiful coastline. Wealthy people with yachts live in coastal mansions and students attend Brown University.

Maine is known for its spectacular coastline with lighthouses and its wild interior of forests, lakes, rivers and a huge black bear population. This is where New England’s only national park is located: Acadia National Park.

The most mountainous of the New England states, New Hampshire is home to the spectacular White Mountains. Other highlights in this state are Dartmouth College, Mount Washington Resort in Bretton Woods and the beautiful historic coastal town of Portsmouth.

Vermont is the most rural state in America, consisting of photogenic farms, maple syrup shacks and small towns and villages. The stunning Green Mountains run from south to north through the state and offer great hiking and fishing in summer and fantastic skiing and snowshoeing in winter.

The ultimate New England road trip takes in all six states and their respective highlights. But because there are way too many attractions to cover in one article, let’s focus on the ten most popular destinations in New England for now. This particular 1,000-plus-mile road trip starts in Boston and loops around the Northeast in a counterclockwise direction.

A #NewEngland fall is really the loveliest thing you can see

Boston is the unofficial capital of New England and the best place to start your road trip. It’s one of the oldest cities in the country, founded as early as 1630. Nowadays, Boston is home to world-renowned universities like Harvard and MIT, many significant historic landmarks and the New England Patriots and Boston Red Sox, two hugely successful sports teams. Spend at least three days there and make sure to walk the Freedom Trail. 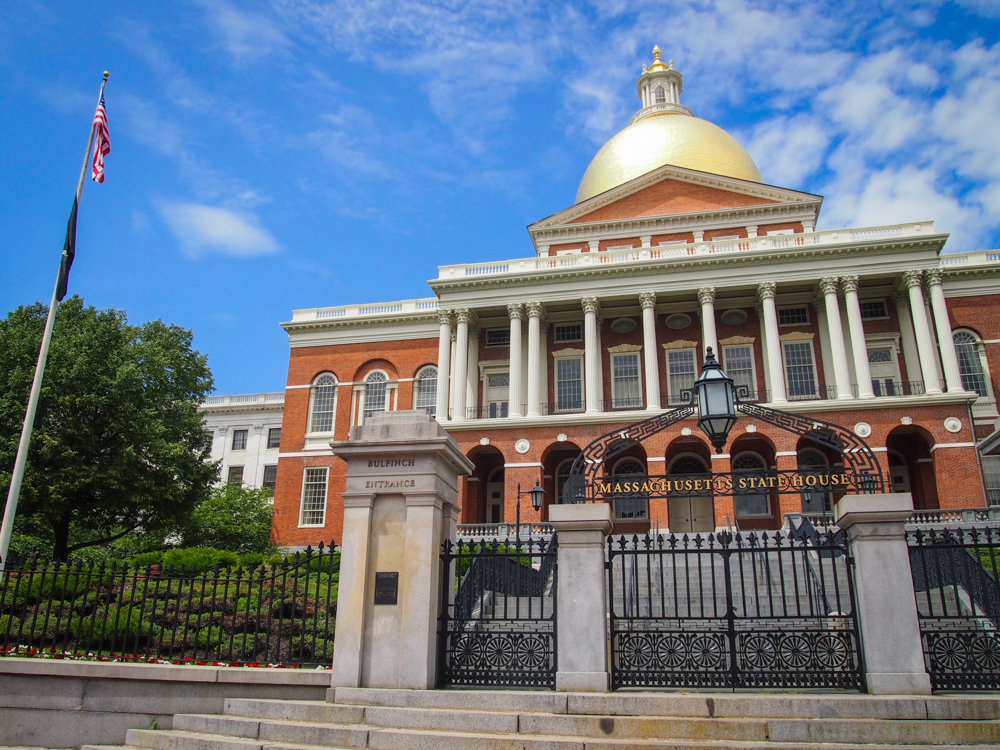 The first stop on the way north is Portsmouth, a beautifully colorful historic coastal city on the border between New Hampshire and Maine. Highlights in Portsmouth include numerous microbreweries, seafood restaurants and Strawbery Banke, a gorgeous neighborhood of centuries-old colored wooden houses and an open-air museum. After a full day of exploring this cozy city, continue north into Maine. 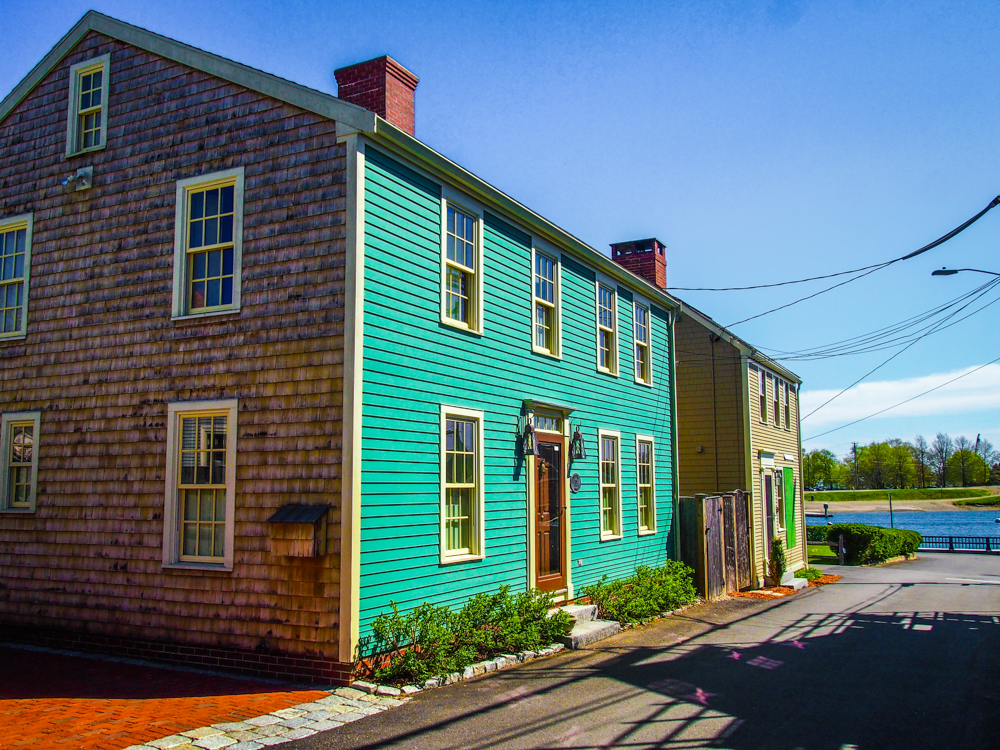 Portland is the largest city in Maine, although not its capital. This is one of the finest coastal cities in New England, consisting of the beautifully restored Old Port district, now home to a plethora of boutiques, craft shops and cafés, a stunning waterfront and a few lighthouses. Again, one full day is enough to see this city and its main highlights. 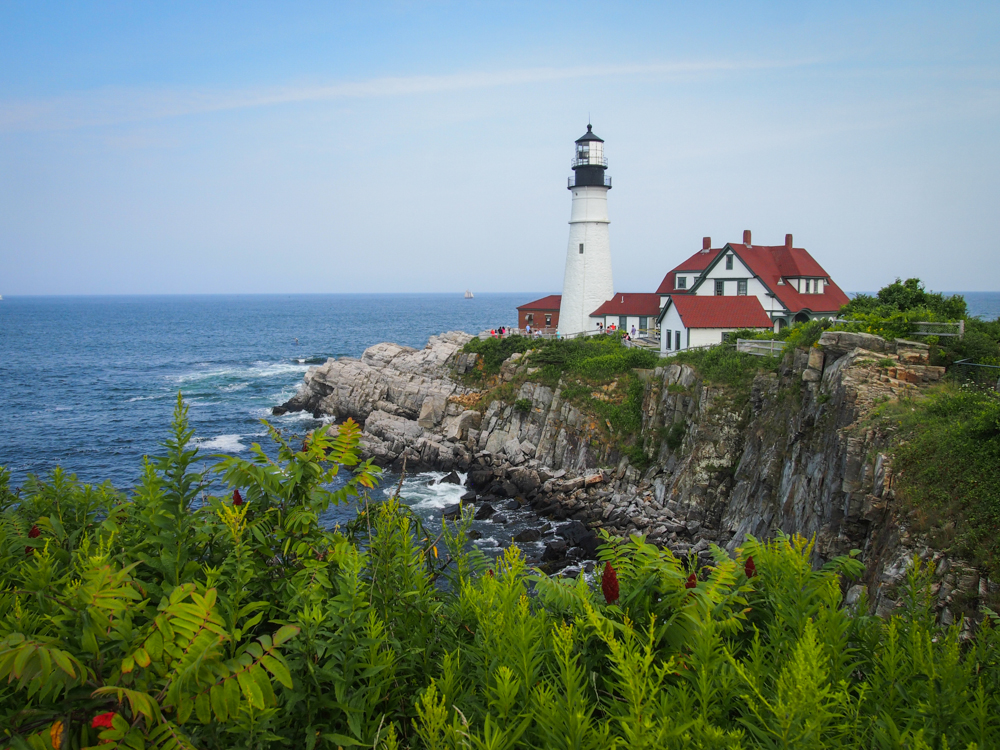 It’s a few hours from Portland to Acadia National Park, the only national park in New England, but it’s absolutely worth the drive. Acadia is one of the greatest and most visited national parks in the entire United States and it’s strongly recommended to spend at least two days there, preferably more. Highlights are the phenomenal Park Loop Road, Bass Harbor Head Light, carriage roads and the summit of Cadillac Mountain, which is where you can see the first sunrise in the USA. 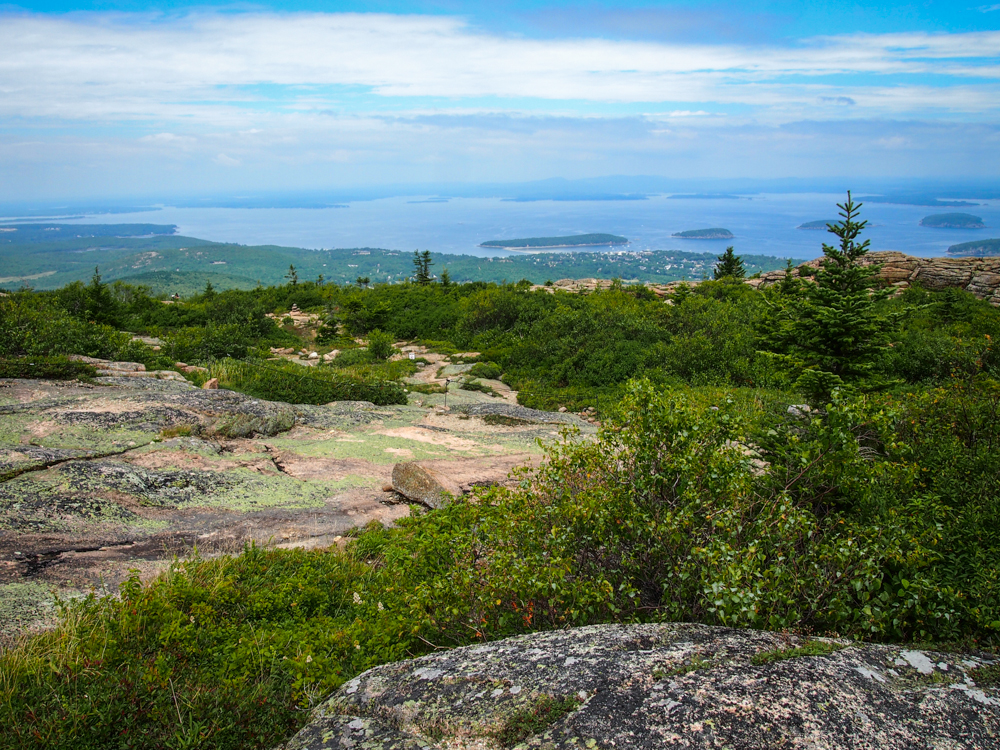 Follow Yonderbound on our Social Media and make us happy!

After a few activity-filled days in Acadia, jump back into the car and head west toward New Hampshire and its mountain ranges. The spectacular White Mountains are the highest mountain range in the Northeast and offer world-class hiking, camping, fishing and boating. It’s a true outdoor lover’s paradise. Spending two days exploring the area is suggested, allowing time to see the imposing Mount Washington Resort, take the Cog Railway up Mount Washington (the highest mountain in New England) and tour the spectacular Flume, a natural granite gorge. After doing all that, continue in a westward direction on the iconic Kancamagus Highway, one of the most scenic drives in New England. 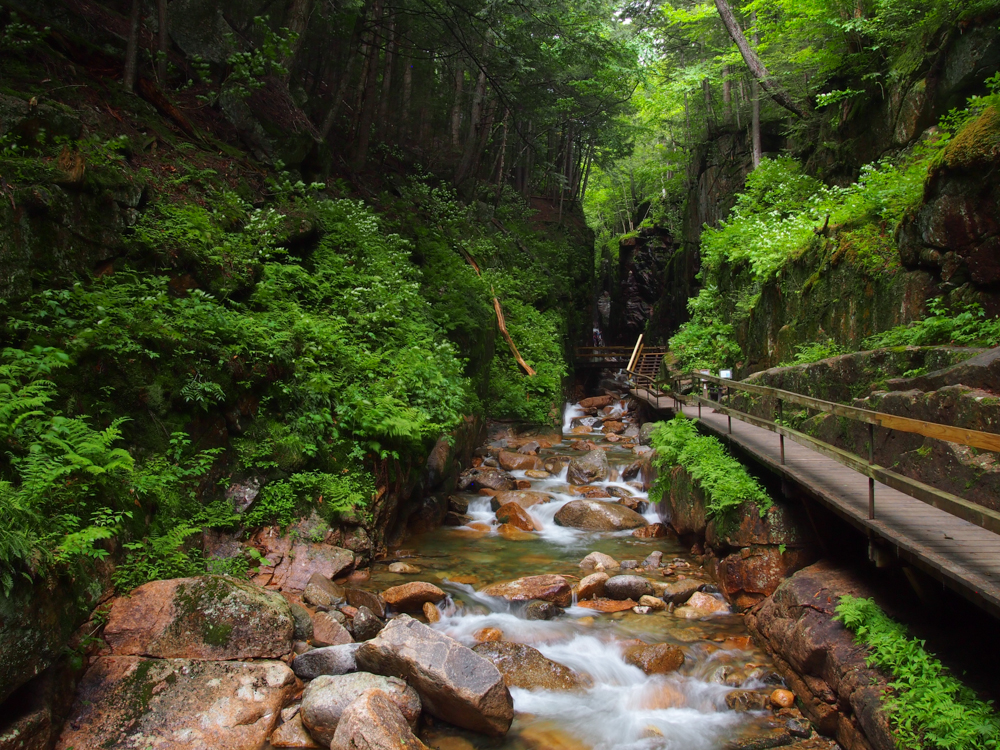 The road leads all the way to Burlington, Vermont’s largest city, situated on the shore of Lake Champlain, the western edge of New England. Burlington has been voted as one of the top small cities in the United States in terms of quality of life, technology, services and education. It’s a wonderful city indeed, squeezed between the lush flanks of the Green Mountains and the calm water of Lake Champlain. Major attractions are the busy Church Street Marketplace and Ben & Jerry’s, the world’s most famous ice cream brand that’s headquartered there. Dairy products are clearly a strong point for Vermont, because you shouldn’t leave without tasting some of their delicious local cheese. You can even take a course to learn how to make it. 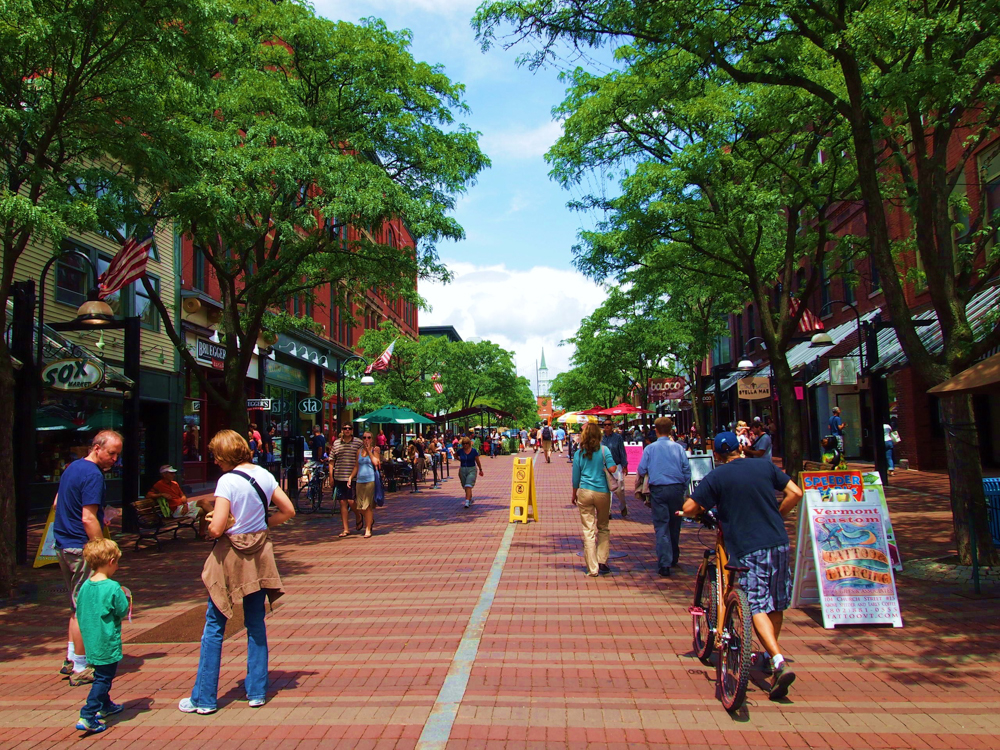 After a day or two of shopping, indulging in ice cream and trying some local beers in Burlington, it’s time to head south. While Vermont is crisscrossed by incredibly scenic roads, Route 100 is one that stands out from the rest. It runs along the Green Mountains, from the north to the south of the state, taking in spectacular mountain views, the prettiest of villages and farm-dotted valleys. 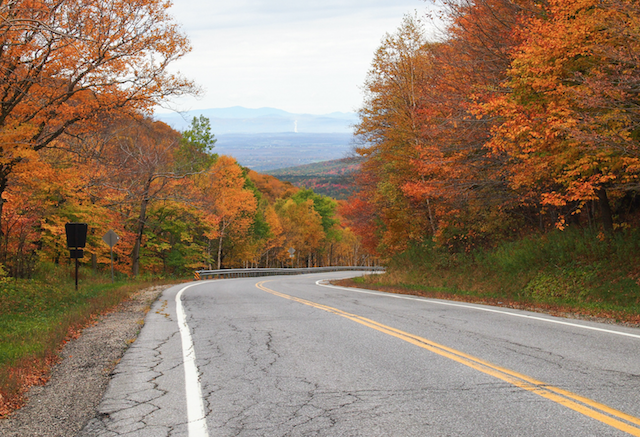 Is there anything better than a #roadtrip? Just you, the open road, and horizon is your goal

It’s quite a long drive from Vermont’s Green Mountain to New Haven on the coast of southern Connecticut. This old city was the very first planned city in North America, its historic center filled with landmarks and attractions. Among those attractions are Yale University, the Amistad Memorial and the churches on the Green. 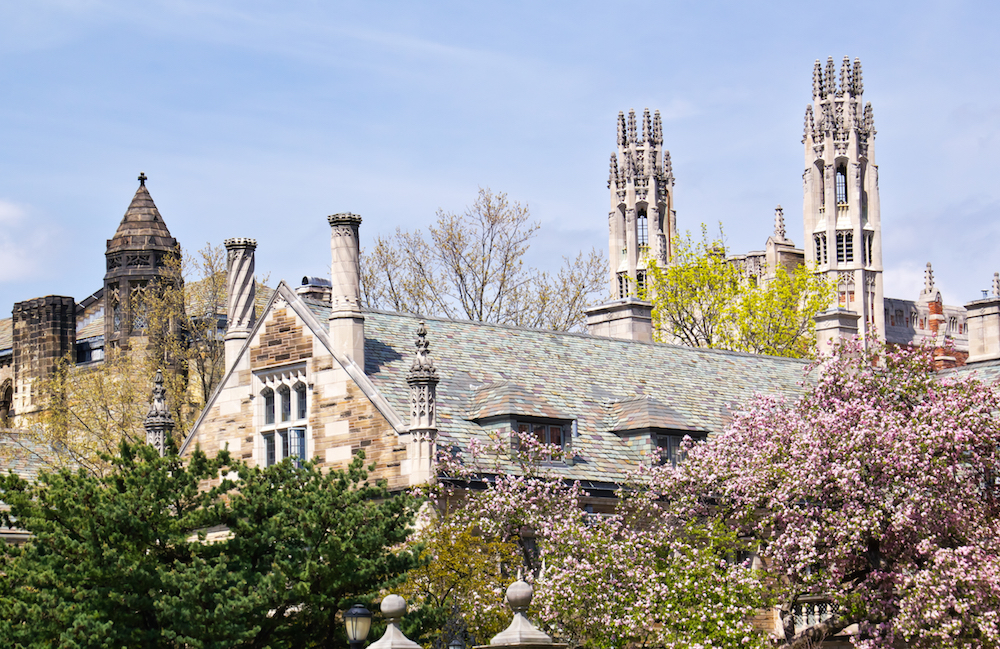 From New Haven, the road leads east again, toward the absolutely gorgeous seaside town of Newport in Rhode Island. Newport is one of the hubs of yachting on New England’s coast, home to the wealthiest of the wealthy – a major attraction is the mansions of tycoons and magnates, such as the Vanderbilts and the Rockefellers. Many of those huge decadent houses can be visited. Downtown Newport is made up of historic buildings, taverns, seafood restaurants and boutiques, all typical of a coastal town in New England. It’s also another chance to get a gelato fix, with the Rhode Island  ice cream train tour. 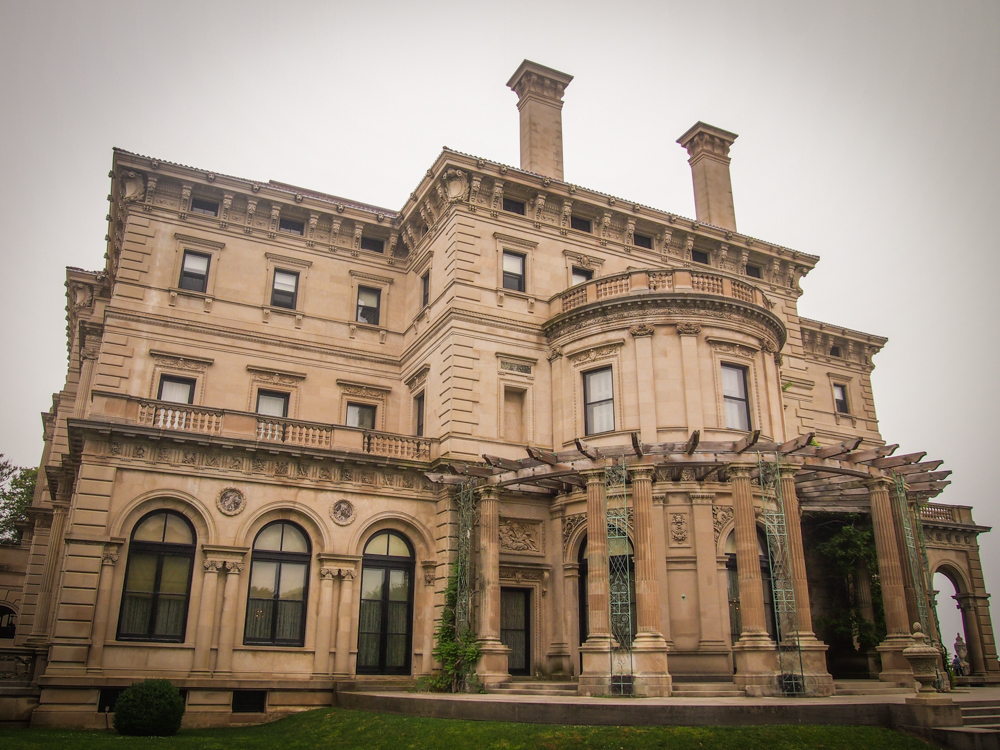 Last but certainly not least is Cape Cod, one of the most popular summer holiday destinations in the region. Cape Cod is known for its wide sandy beaches, picturesque harbors, beautiful islands like Nantucket and Martha’s Vineyard, and coastal communities. Of course, the seafood is world-class too. Cape Cod with its beaches and laid-back atmosphere is a perfect destination to finish a fantastic New England road trip. 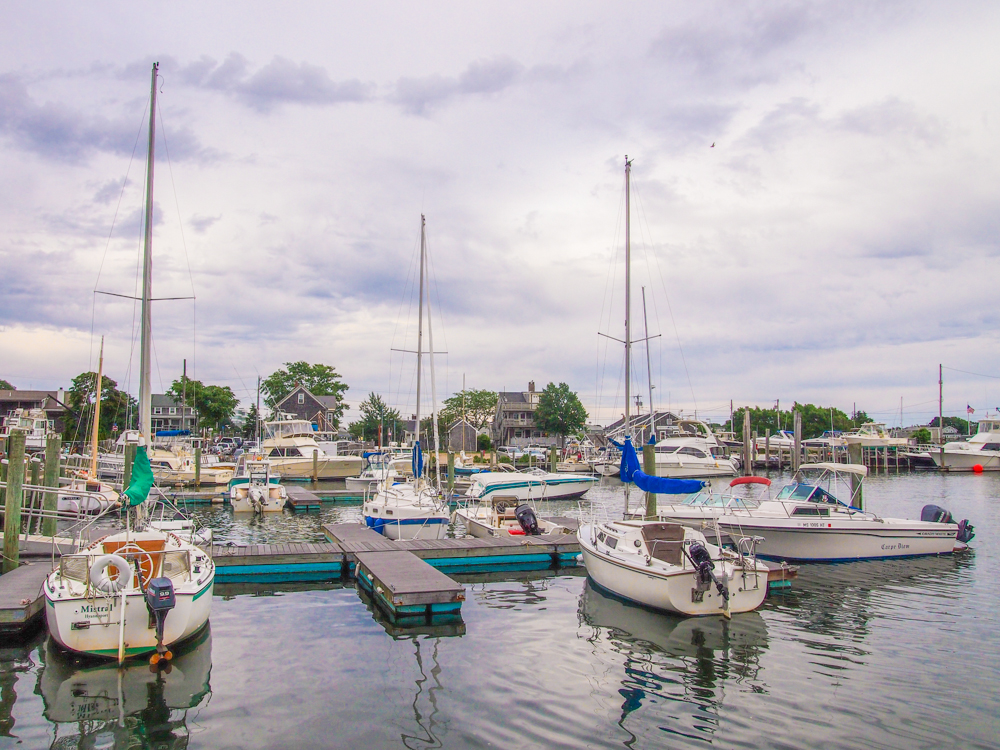 This road trip takes in all major highlights in New England and, allowing sufficient time to explore each one, will take about three weeks. It’s vital not to rush the trip – New England is a relaxed and peaceful region and it would be a shame to spoil your vacation by rushing it.

If you want to spend time on the beaches and soak up some sunshine, the best time to visit is July and August, but you should know that you won’t be alone at that time of year. For stunning scenery, it’s advised to visit New England in September or October, when the leaves begin to turn and paint the entire region in the warmest of colors.

The map below shows the whole journey from Boston to Cape Cod.

About the Author: Bram Reusen